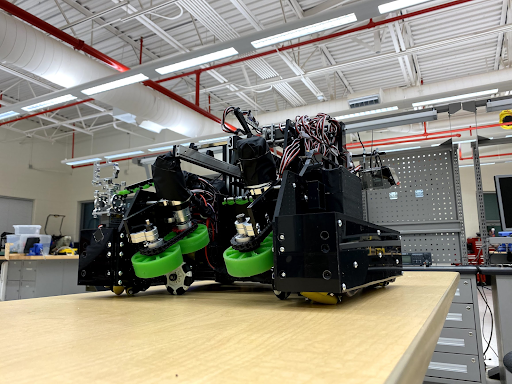 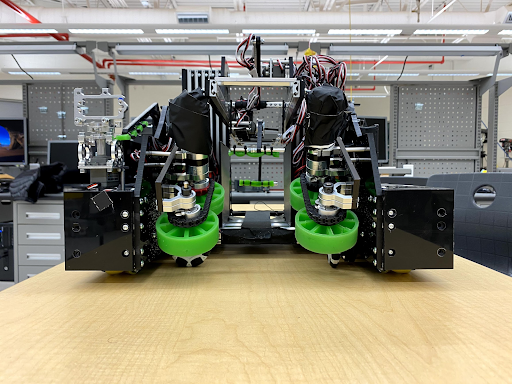 Firefly’s drivebase consists of a four wheel mecanum drivetrain in a full body acetal enclosure. It is capable of accurate and agile maneuvers around the playing field to achieve quick cycle times, while still having adequate torque for defensive maneuvers. All subsystems stay contained within the frame perimeter when Firefly is not scoring, allowing for a full, isolated, and robust structure. 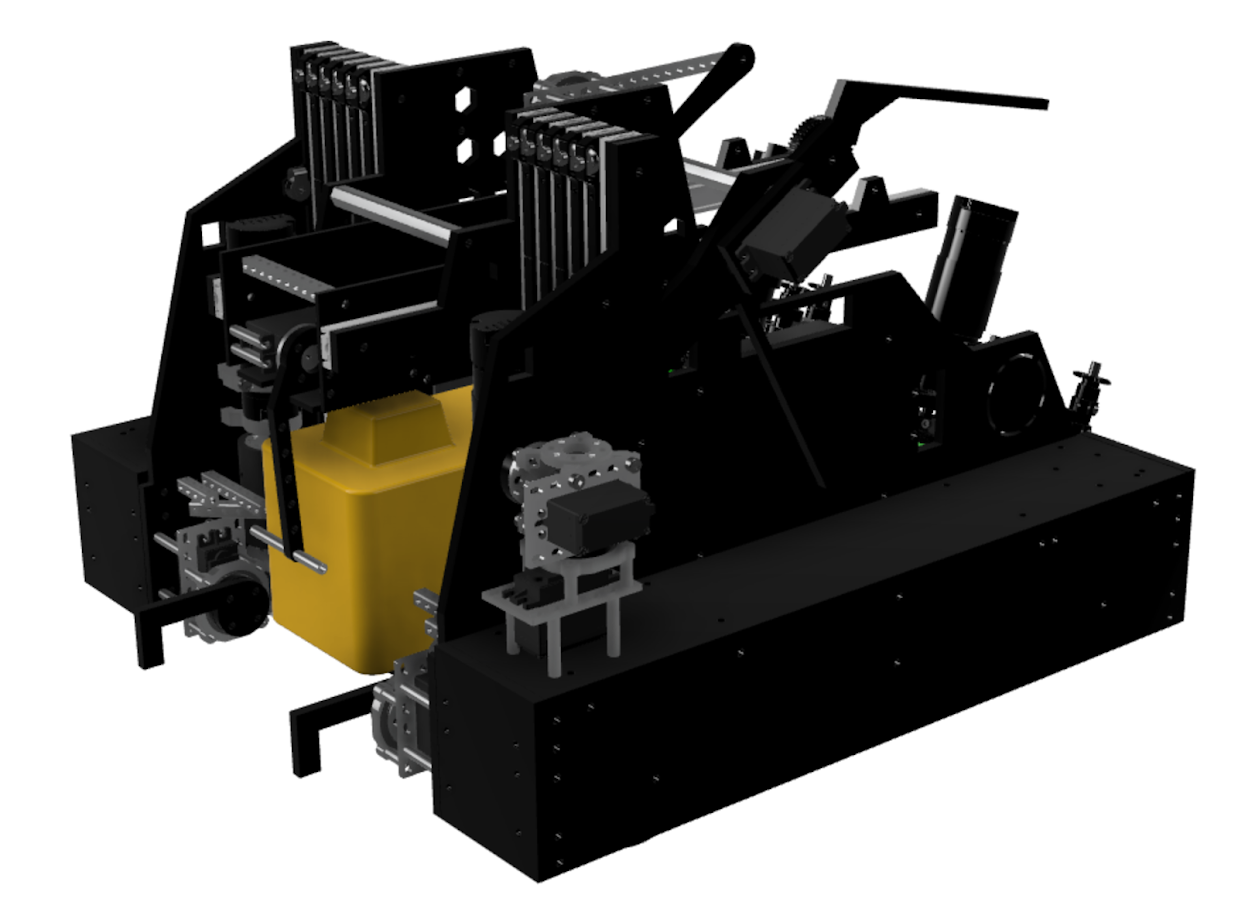 Firefly’s vertical lift consists of two motors simultaneously powering two sets of stacked, continuous slides for a smooth, low-friction, and sturdy vertical extension. Its slides are oriented to provide maximum strength, while the lift is optimally powered to achieve a quick, 0.6 second extension to maximum height, to stack up to twelve levels tall and place a capstone. 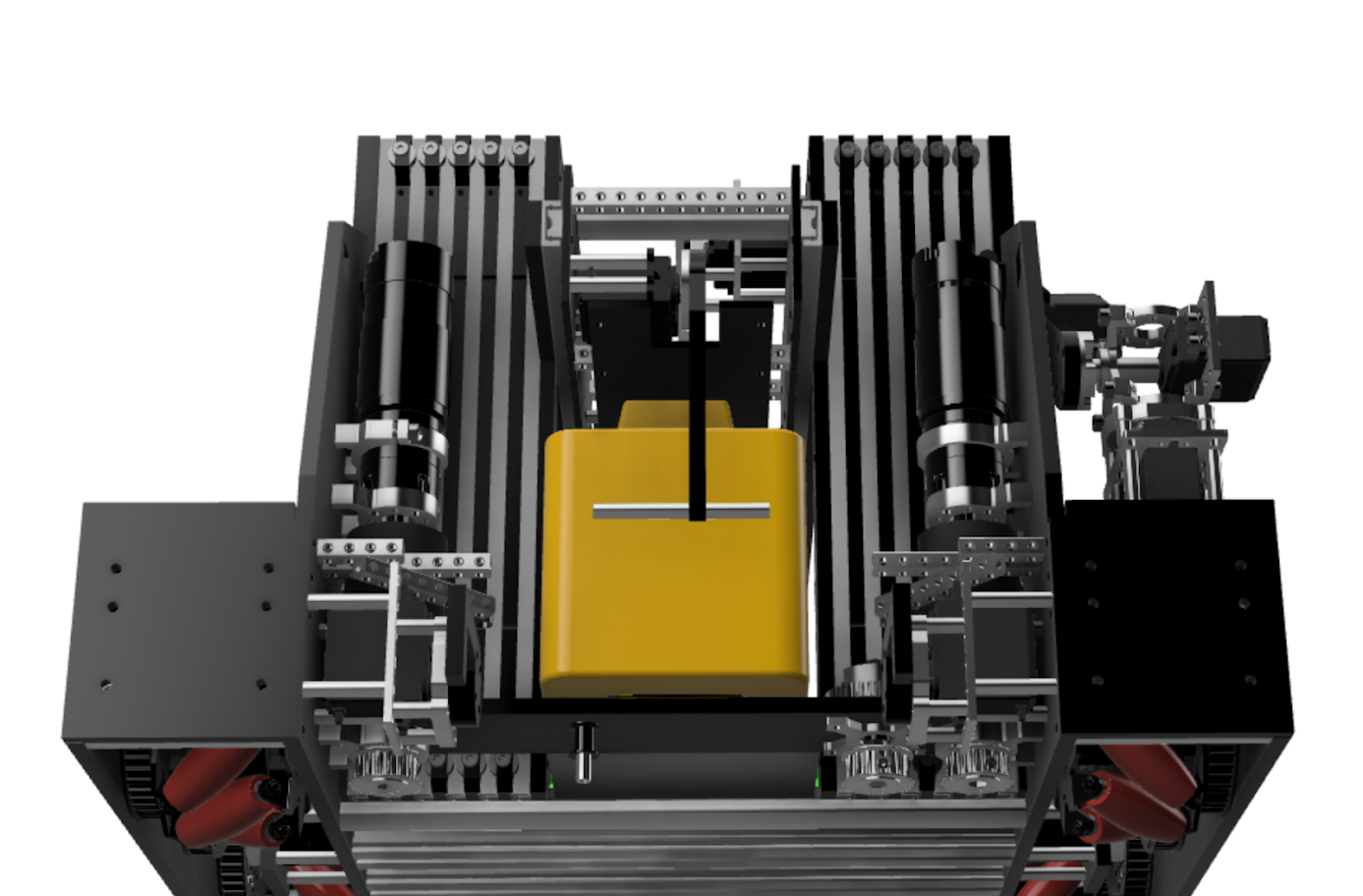 Firefly’s intake is powered by two motors with >1000 rpm loaded free speeds, and a set of compliant wheels allowing for a reliable grip to be established on the stone. Its immense speed allows for a variety of stone orientations to be quickly intaked. Firefly’s outtake consists of a linkage based, servo powered horizontal extension, and two independent side grippers to securely grab stones by the front and back faces, while resting on the bellypan. Its linkage allows for a rotational force by the servo to be transferred into a translational motion, deploying the stone to be stacked in a fraction of a second. Two horizontal aluminum ball bearing slides are used for efficient motion of the stone, as it is transferred to be stacked. A custom laser-cut delrin structure allows for a precise placement of the stone onto the foundation when the robot is squared with the foundation, making alignment quick and simple for drivers. 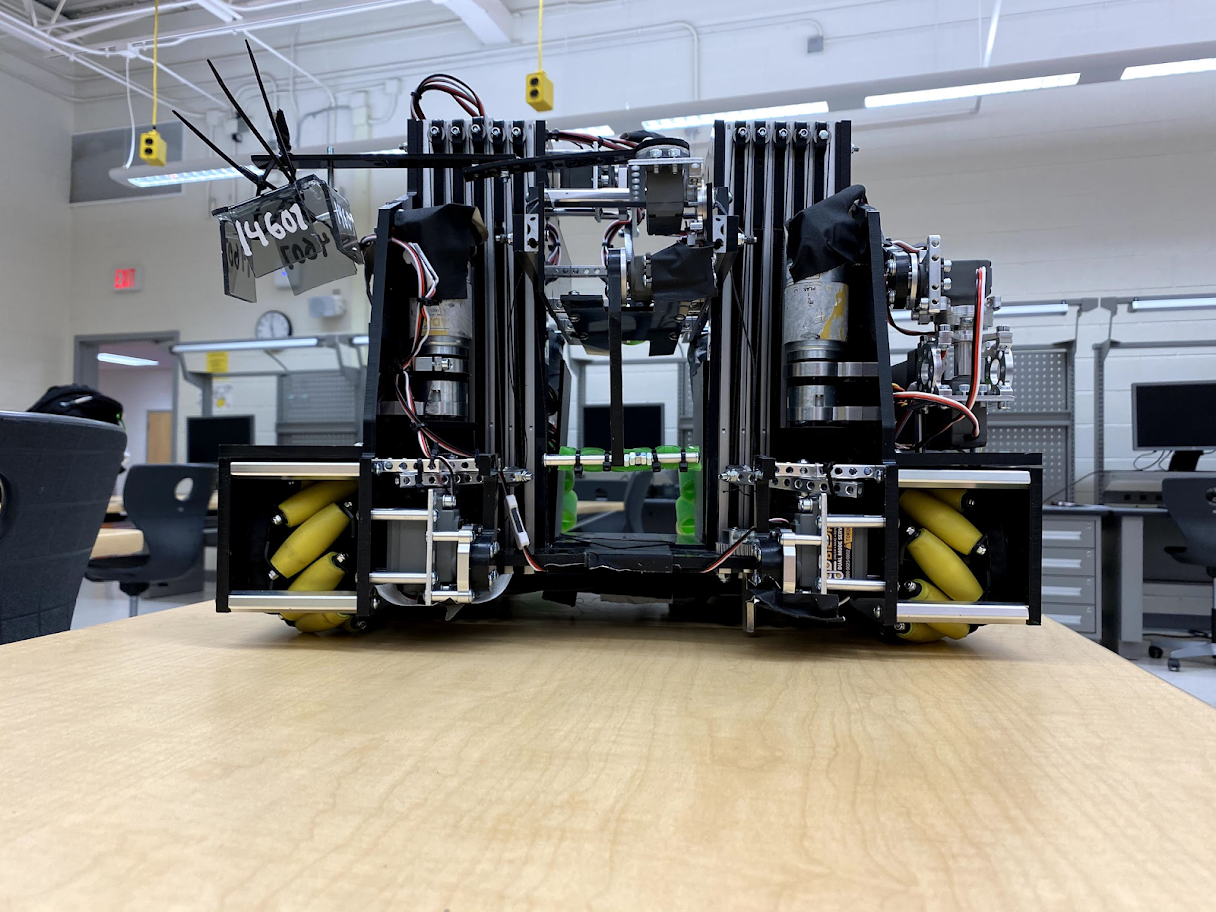 Firefly’s foundation mover is powered by two bearing-housing reinforced angular servos, with laser-cut delrin custom foundation arms attached. The geometry of its delrin foundation arms allow them to move in an arc to lock onto the foundation, even when the robot is not perfectly squared, allowing for a large margin of driver error. 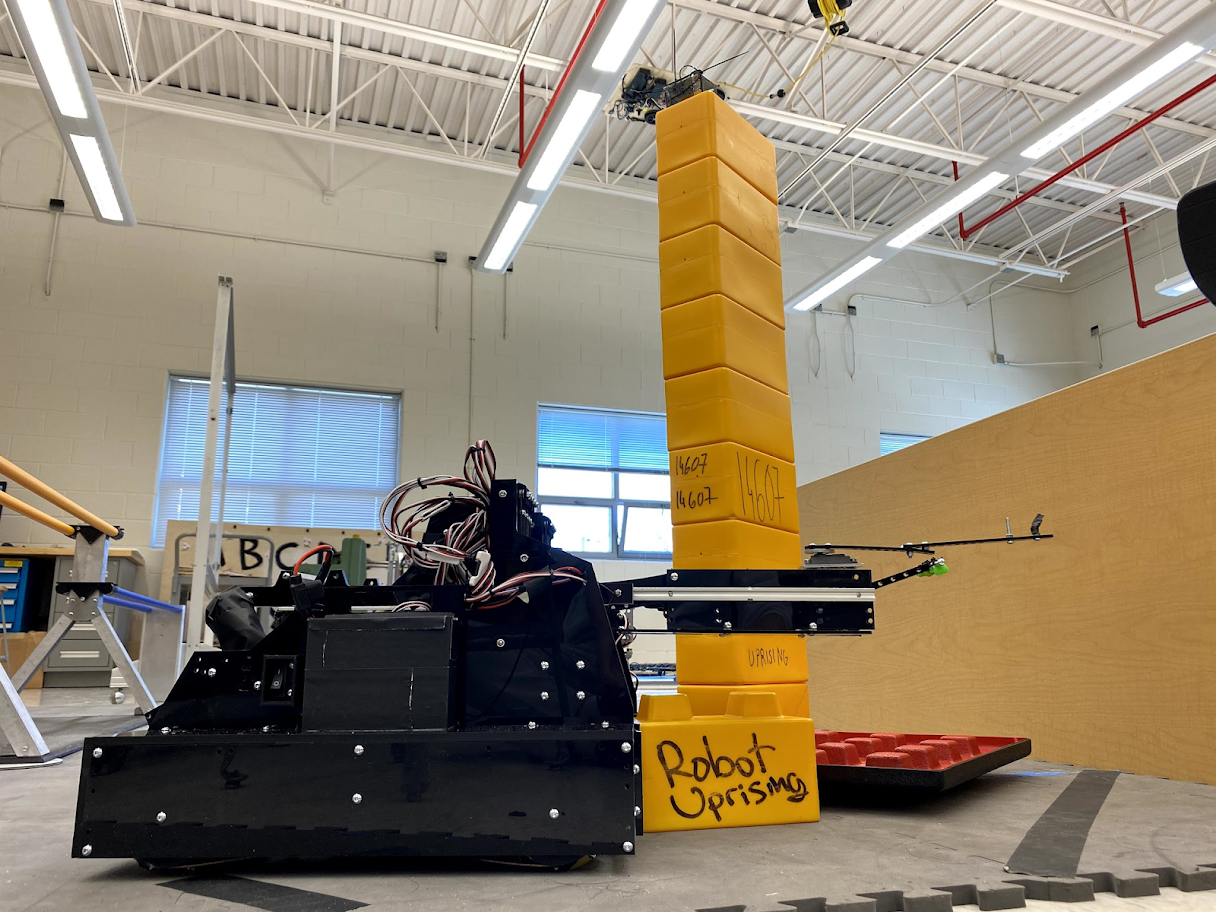